Sun Star 1:12 1949 Volkswagen Beetle Cabrio
Few automobiles are as recognizable or iconic as the Volkswagen Käfer or Beetle. This was Ferdinand Porsche’s answer to the 1933 Nazi Party directive to develop a low cost “People’s Car” for Germany ‘s working class. By 1937, the completed design was slated for production in a factory built in Wolfs burg . The war however halted production almost before it had begun and the Beetle was morphed into a light weight military transporter known as the Kübelwagen. After the war, the Wolfs burg factory, under British control, was given their first order to produce 20,000 Beetles. Ultimately 20,000,000 of these cars would be produced. 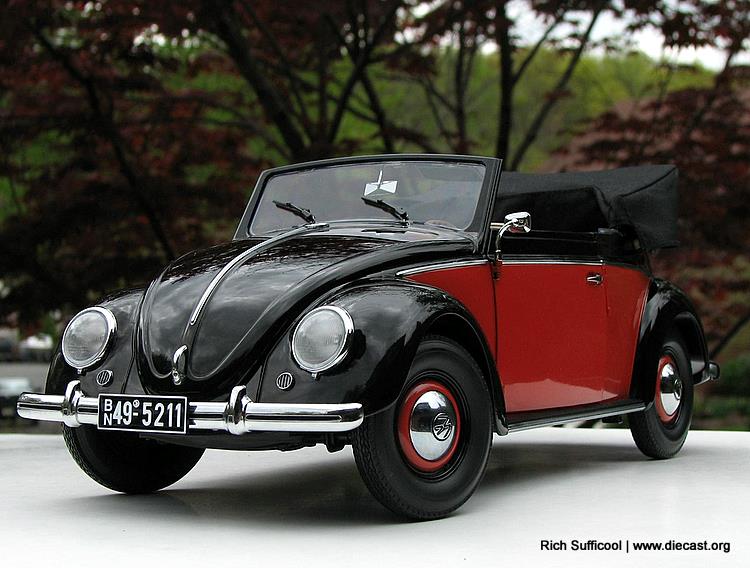 Sun Star has produced a fine replica of the earliest cabriolet model of the Beetle in 1/12 scale comprised of over 400 individual parts. To my mind, this is Sun Star’s most ambitious and successful replica to date. Securely fixed to a Styrofoam clamshell, the model comes with all the accessories of the original including hubcaps (magnetically retained), a comprehensive tool kit that fits within the spare wheel, and a jack and lug wrench set for removing the wheels. There is a booklet that tells the history and the features of the Beetle illustrated with old file photos and illustrations from the original promotional booklet. 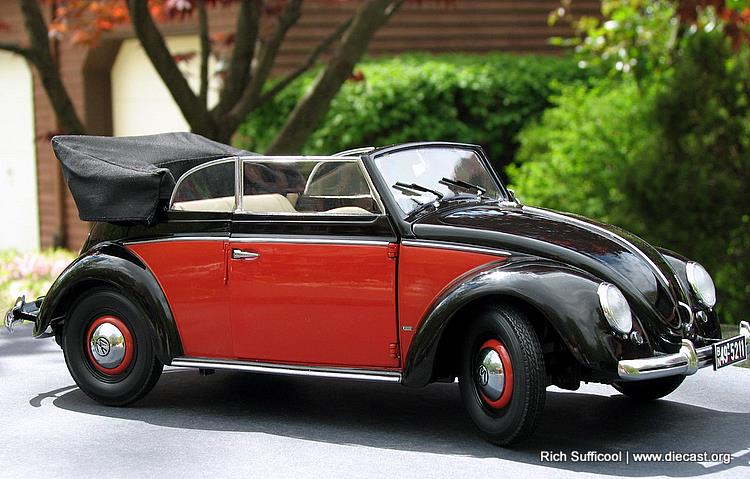 Overall, the fit and finish is first rate. The shut lines may be tighter than on the real vehicle. The “chrome work” is rich and realistic and the many parts and components seem devoid of sprue points and mold flash which shows much care and thought from the design process to the assembly and finishing. The paint is smooth and devoid of inclusions or orange peel with exact color separation. The lights are all competently modeled. The sealed beam headlamps contain lens, reflector and bulb. Even the lens on the barely visible license plate illuminator is embossed. If I have one suggestion for improvement on the exterior, it would be to either use a more pliant material for the tires or perhaps a pneumatic design to give those tires a more realistic footprint. 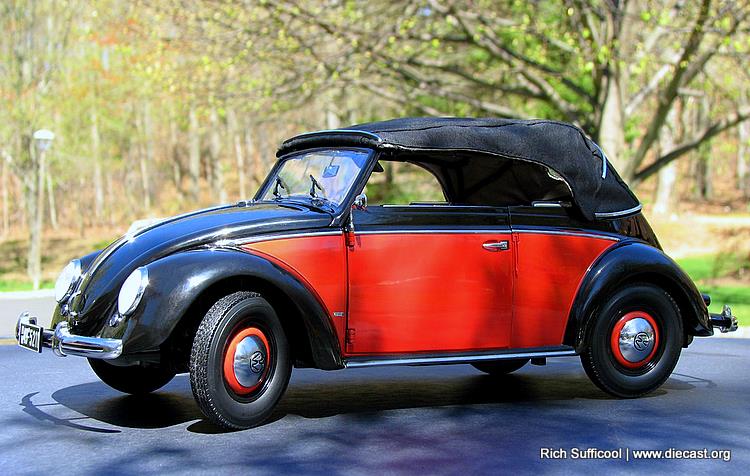 The drive train and chassis show similar build quality. The functioning suspension has the proper firmness to maintain proper ride height and yet have a good “feel” and travel when tested. The engine opens and slides rearward to reveal the little air-cooled OHV 4 cylinder engine which is all plumbed and wired with separate flexible fan belt and metal fuel lines to the Solex carburetor. The Spartan interior has all the aforementioned functioning features plus carpeted floor and storage area which is accessed by removing the arm bolsters and pulling the bench seatback forward. The gauges within chromed bezels are legible and the textured upholstery and door have delicate contrasting piping accents. 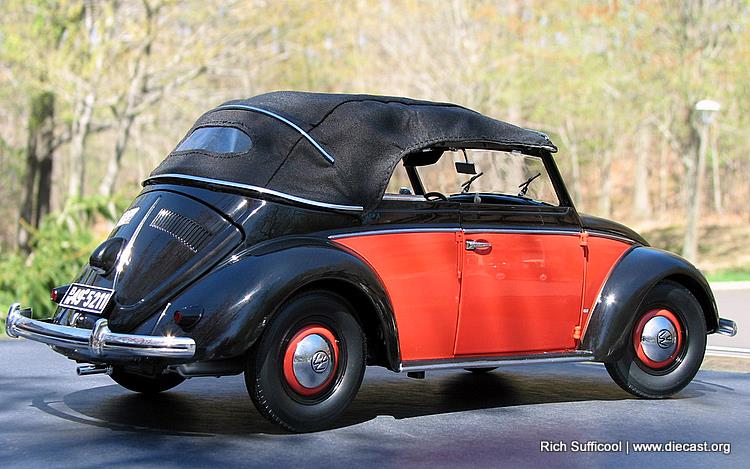 Operating features on this model abound so it is wise to read the operating manual before unpacking the model. The latches, handles, window cranks all work identical to the original. The shift lever is moveable, the trafficators can be extended, the articulated seat position slides on tracks and the side mirror is retractable (if your garage space is tight). These features as well as all the hinging systems seem robust and positive but it is important to know their range of motion and the proper way to actuate them. The most impressive and ambitious feature would have to be the operating top. The tightly woven black cloth with stitched in ecru liner is expertly mounted on the complex metal frame. The compressible rear window is a dead scale ringer for that flexible plastic used in that period. The model comes in the top down position. Make note of the complicated position of all the articulated joints before posing in the top up position so you’ll have an easy time retracting it and replacing the cloth tonneau cover. 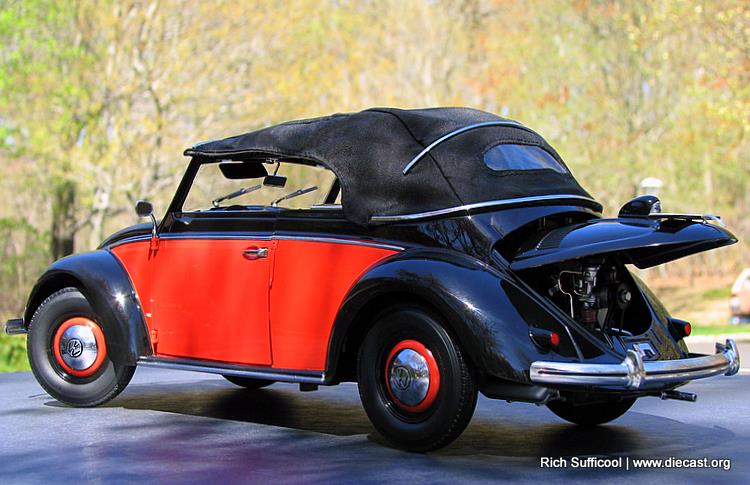 With just a bit of practice you’ll be able to appreciate just how exact the frame mechanism really is. 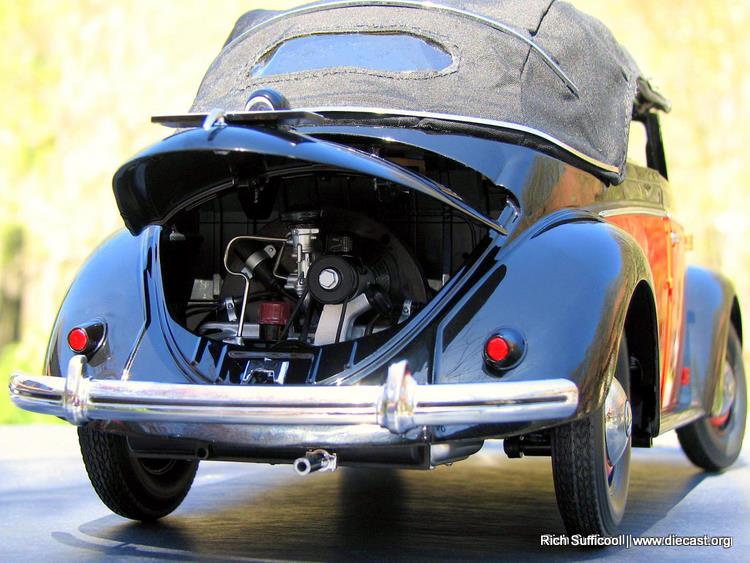 The biggest surprise here is the under $150 price point. You could hardly ask for more “bang for the buck” than this. I’m sure I’m not alone in saying that I have to be very picky on what 1/12 scale models I choose to buy with display space coming at a premium. I feel I made a good choice here choosing an iconic marquee. You cannot imagine what an imposing presence this little Bug can make in your display. What’s nice also is the effect it has on non-car buffs. It seems everyone loves a cute (not so) little Beetle. 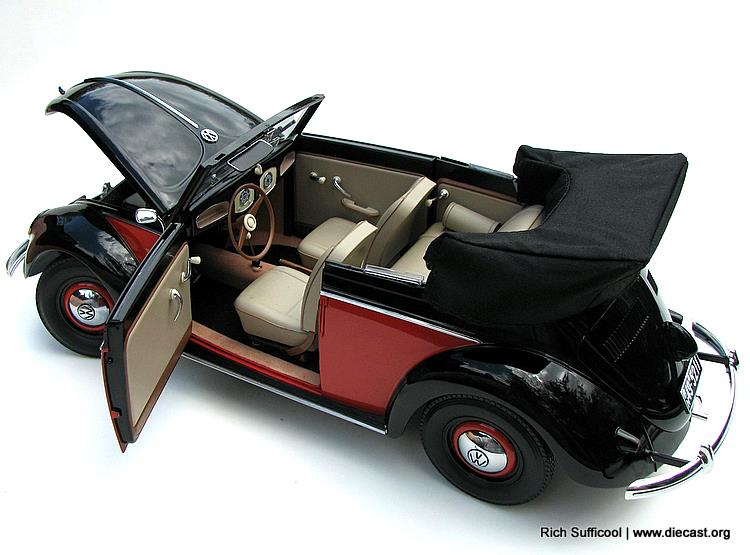 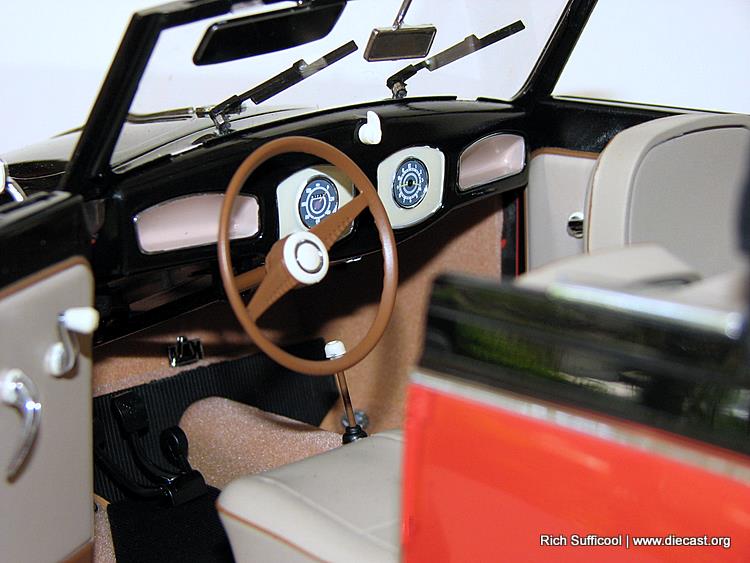 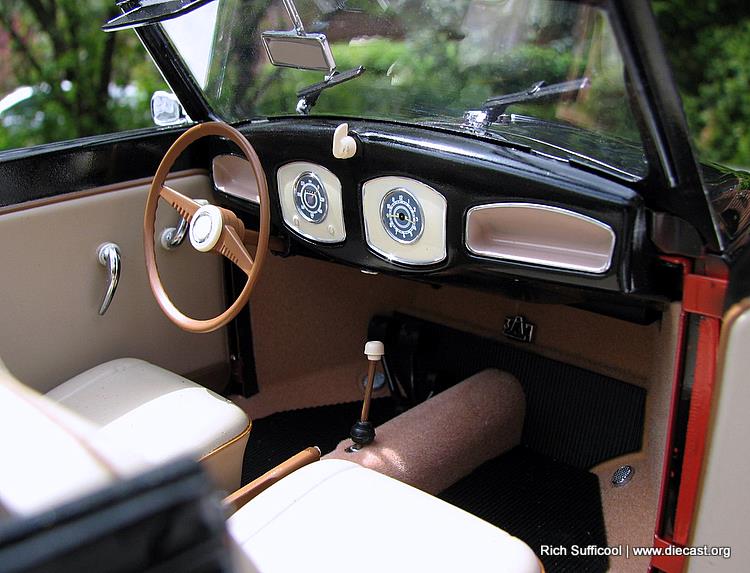 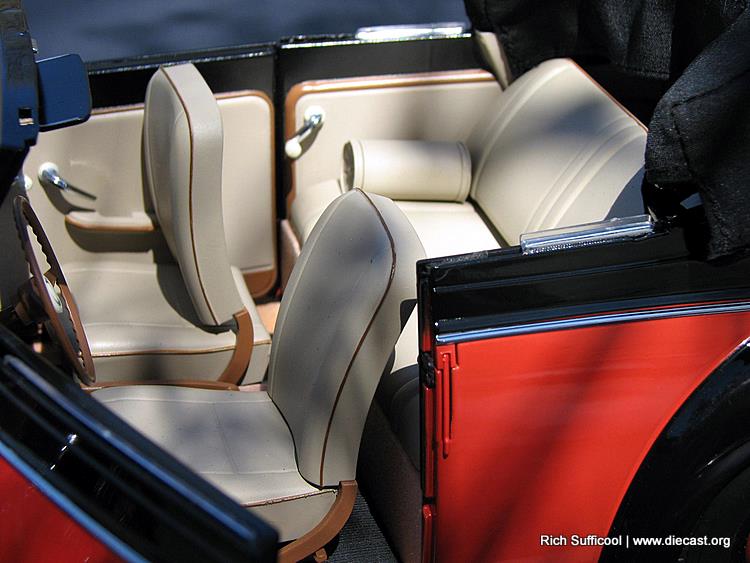 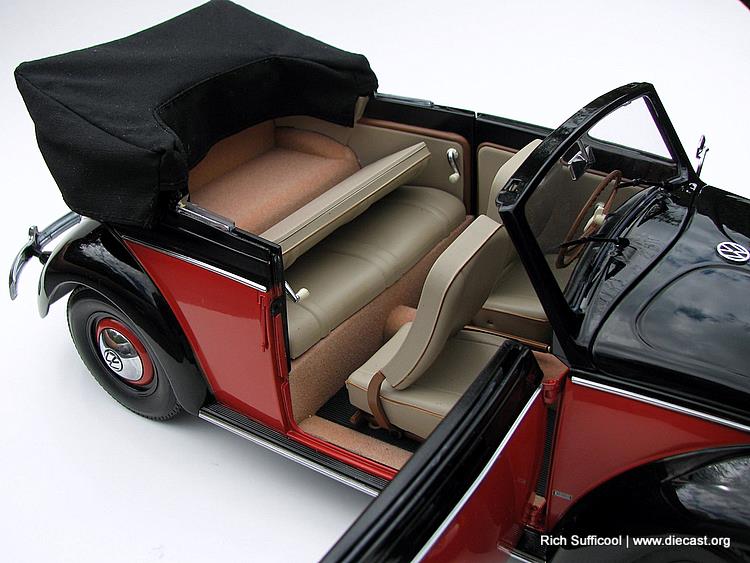 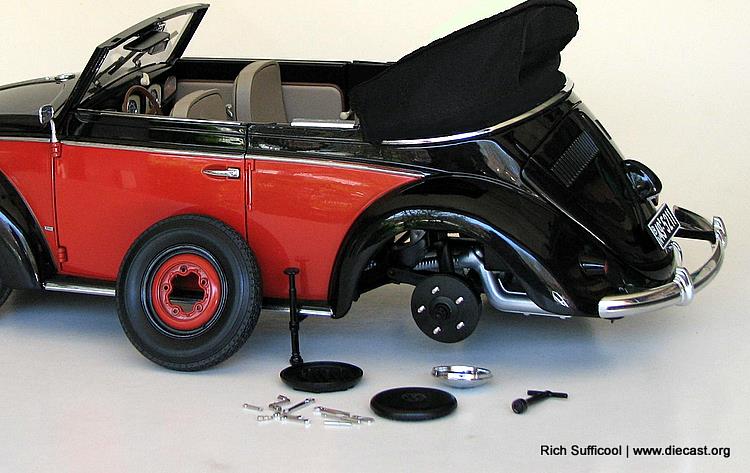